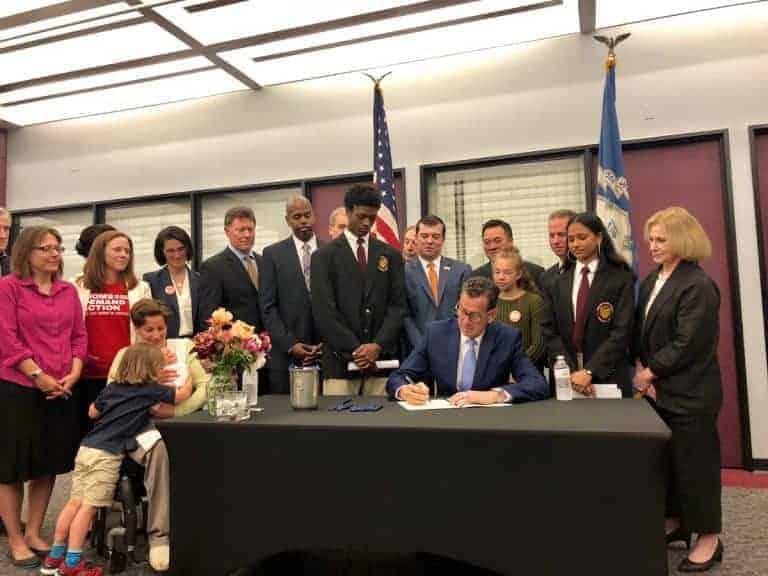 Yesterday, CT Governor Dan Malloy, the least popular governor in the nation, signed Public Act 18-29, An Act Concerning Bump Stocks and Other Means of Enhancing the Rate of Fire of a Firearm into law.

Afterward, while taking questions from reporters, Malloy was asked about a statement CCDL had made about the new law. We said, in part: "... [the law] does absolutely NOTHING to increase public safely, and was passed solely to provide a feel-good but hollow victory to anti-Constitution, vocal minority groups like CAGV and Newtown Action Alliance. Bump fire is a technique that can be easily replicated without any aftermarket accessories at all."
(Click HERE to read the full statement)

In response, Governor Malloy claimed "They're [CCDL] wrong, they have been wrong, they'll be wrong in the future... they're wrong. How's that? Actually, I'll go a step further... and they're lying."

So, Governor Malloy thinks we're lying when we say that the now banned bump stocks are not needed to bump fire a gun? Somebody certainly IS lying to the people of Connecticut, and it's NOT CCDL. See the video below.