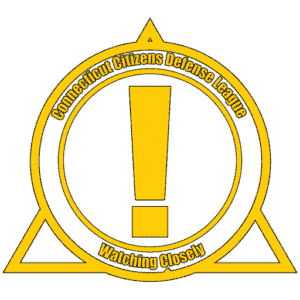 Joint Favorable out of Committee

To implement the Governor’s budget recommendations.

The Committee voted on a strike all amendment to make the original 50+ pages gun control bill to a 3-page bill. The new langue of the S.B. 16 (LCO 4199), includes 2 years of funding for the firearm trafficking task force and to require DESPP to consult with NSSF to report of the feasibility of creating a state FFL license.

ORIGINAL BILL AS PROPOSED BY THE GOVERNOR PROPOSED THE FOLLOWING

REQUEST OF THE GOVERNOR

Governor Lamont stated clearly that an administration is not tough on crime if it is weak on guns. Yet, roughly 70% of gun offenses in Connecticut today are not prosecuted to the fullest extent of the law. The overwhelming majority of all gun crimes in the state are committed by prohibited persons who are not lawfully permitted to possess a firearm. However, the Governor spoke Monday not just about his abhorrence of illegal firearms in this state but legal as well, demonstrating his indifference between criminals and law abiding gun owners.

Governor Lamont further returned to a defeated “stop and frisk” tactic allowing citizens to be questioned without suspicion of a crime. This unconstitutional requirement to show carry permits without cause would open the door for harassment and profiling. It is currently permissible for an officer to ask for a permit if there is reasonable suspicion of a crime. The Governor’s archaic plan is contradictory to the spirit of the very laws the Governor signed last year limiting police engagement particularly in our urban communities. The legislature has already rejected this very notion out of concern for unjust profiling. The CCDL has been on record for nearly a decade advocating for full restoration of the Statewide Firearms Trafficking Task Force since it was defunded shortly after Sandy Hook. The sitting majority party repeatedly defeated the proposal in committee year after year. Now the Governor’s office is turning to only a small facet of the very solution the CCDL has spent years supporting as a true common sense solution to gun crimes.

In 2021 alone, tens of thousands of Connecticut residents became new permit holders. Background checks for firearm purchases soared to record setting numbers. The Governor’s proposals demonstrate that he is out of touch with the people of Connecticut and woefully disconnected from his own failed policies which have resulted in the demand for more access to self-defense.

UPDATE 3/31/2022 – After the Judiciary Committee proposed updated language to the 53 page bill, CCDL is proud to report that the bill has been reduced to 3 pages. CCDL will continue to monitor this bill closely.

Back
Scroll to Top